Wildfires and Smoke in Siberia 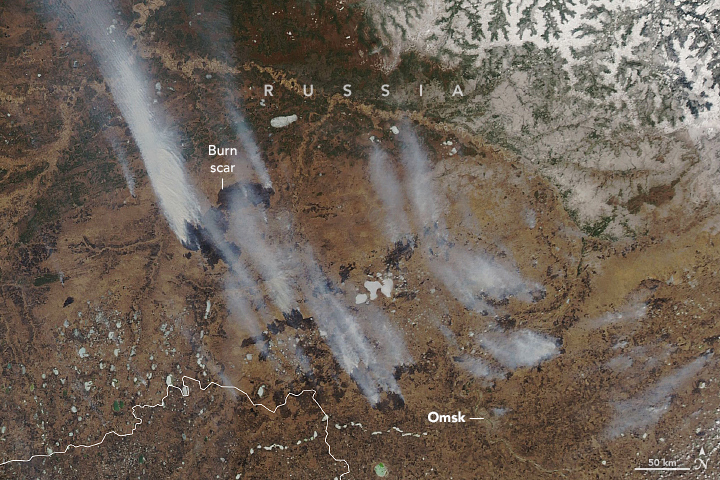 Russian emergency services have reported an abnormally high number of fires in the Omsk oblast of southwest Siberia. On April 22, 2021, the Moderate Resolution Imaging Spectroradiometer (MODIS) on NASA’s Aqua satellite captured this image of fires in the region. As of April 28, smoke from the fires was still visible.