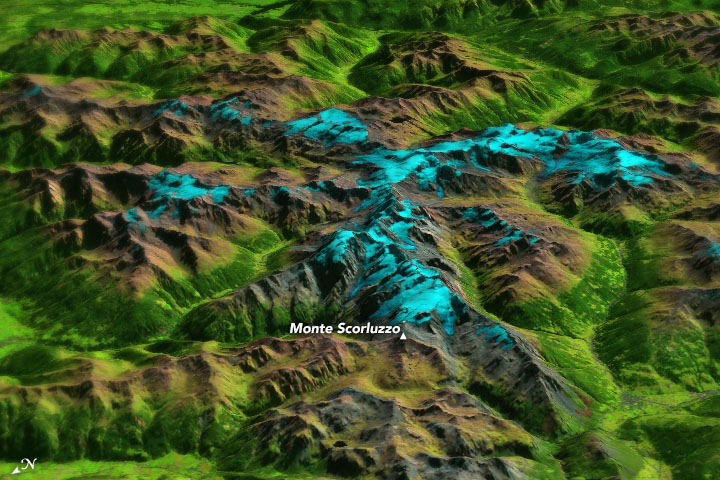 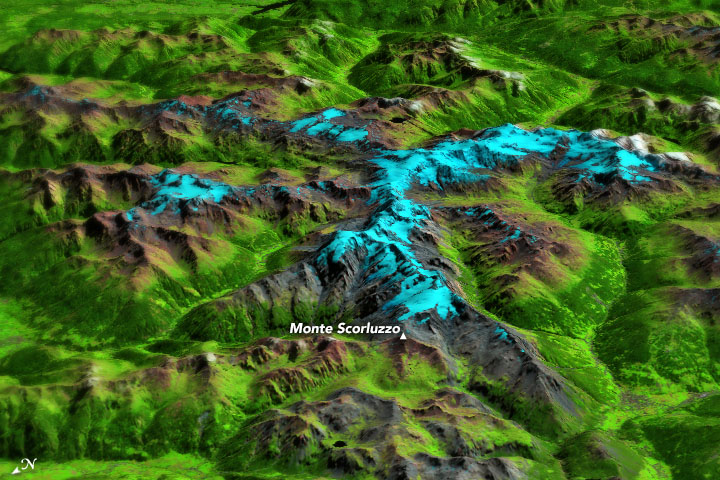 On November 11, the United States honors those who have served in the armed forces with the federal holiday Veterans Day. Elsewhere in the world, this date is observed as Armistice Day or Remembrance Day. Today it is a day to honor all veterans, but the date was originally chosen to mark the anniversary of the end of hostilities in World War I, then known as the Great War. In 1918, fighting ceased at the 11th hour of the 11th day of the 11th month with the signing of an armistice between the Allied nations and Germany.

Although World War I ended more than a century ago, the planet itself records its legacy. Craters and trenches, some of which are visible from space, still scar the landscapes of France and Belgium. Along the shores of the English Channel in France and England, currents and shifting sands have revealed sunken World War I U-boats, including one of the roughly 100 U-boats surrendered by Germany to England on Armistice Day 1918.

High in the Alps of Italy and Switzerland, retreating glaciers are exposing another long-buried remnant of military history. In May 2021, archaeologists excavated a World War I cave bunker that was revealed by the melting and retreat of a glacier on the slopes of Monte Scorluzzo in Stelvio National Park.

The bunker in the Lombardy region of Italy was used by troops during the White War, a lesser-known front where Italian and Austro-Hungarian troops fought high in the mountains between 1915 and 1918. When the cave bunker was abandoned in November 1918, the soldiers left behind remnants of daily life, including empty food tins, straw beds, uniforms, lanterns, newspapers, postcards, and animal bones with the marrow sucked out. The artifacts are now being conserved, with plans to place them on display in 2022 at a museum in nearby Bormio, Italy.

Over recent decades, the melting of Alpine glaciers due to climate warming has revealed many other artifacts of war and, occasionally, the remains of soldiers. The false-color images above were acquired by Landsat 8 (bands 6-5-4) and Landsat 5 (bands 5-4-3) and draped onto ASTER elevation data. They show the changing snow and ice cover around Monte Scorluzzo in September 1992 and 2021.

In 2014, European scientists reported that a subset of glaciers in Stelvio National Park had lost 40 percent of their surface area from 1954 to 2007, and that melting rates were accelerating. Over the past century, Stelvio Glacier has lost about 100 meters of thickness, Guglielmina Diolaiuti, a glaciologist at the University of Milan, told The Telegraph.

There also have been several instances of World War II or Cold War-era aircraft and artifacts being disgorged by melting glaciers in the Alps, Alaska, Iceland, and elsewhere. In Greenland, searchers found an aircraft from the “Lost Squadron” buried under 90 meters (300 feet) of ice by using a drone outfitted with ground-penetrating radar. They later recovered and refurbished the plane to flying condition.