The rhinos are long gone, as are other large mammals like the now-extinct quagga and bluebuck. Conservationists are now fighting to preserve what remains of the renosterveld, South Africa’s most threatened ecosystem, from quiet destruction.

Characterized by shrubs and grasses that are still home to diverse flowers, insects, birds and small mammals, the renosterveld (Afrikaans for “rhinoceros field”) may have gotten its name from the color of some of its vegetation, which resembles the gray hides of rhinos, or from the fact that black rhinos once foraged in its thickets before they were wiped out by colonial-era hunters.

The fertile soils beneath the renosterveld have seen the vegetation cleared for farmland over the past three centuries.

Fragments survive, scattered across the Swartland and Overberg wheat-growing belt of South Africa’s Western Cape province. Fewer than 50 of these cover more than 100 hectares (247 acres). In the Overberg region, just over 65,000 hectares (160,000 acres) of natural renosterveld remains, much of it degraded, from an original extent of more than 470,000 hectares (1.1 million acres).

“People used to say what’s left is safe from the plow because it’s too steep or rocky, but technology and the size of machines has become so much more advanced that farmers are still able to take out new areas,” said Odette Curtis-Scott, director of the Overberg Renosterveld Conservation Trust, an environmental nonprofit.

When Mongabay spoke to her, she had just returned home after a day spent retrieving a lightweight transmitter from a dead black harrier (Circus maurus), a ground-nesting bird of prey whose numbers have been reduced to just 500 breeding pairs, most of them confined to the Western Cape. Their numbers are estimated to have fallen by 85% over the last century, mostly due to habitat loss.

The harrier, which had been feeding three fledglings, was cut in two by a harvester on a wheat farm.

It was the second tagged harrier Curtis-Scott had retrieved in the space of a few days: the other one was killed by a wind turbine.

The conservationist originally came to the Overberg 20 years ago to see if these raptors were breeding successfully in the remnants of the renosterveld. Her passion for veld management brought her back in her late twenties to settle full time in the region. Now her interest is turning back to harriers which, along with termite-eating mammals like aardvarks and aardwolves, are an important indicator species on the health of the renosterveld.

Curtis-Scott and her team have recently discovered loose breeding colonies of up to 10 black harrier nests within the larger fragments. It is discoveries like these that keep her going in the face of setbacks, she says.

“There are days when I think, ‘Phew. Is it worth it?’ But then you watch a harrier displaying over the veld, or you find a nest with chicks, or you find some new rare plant or spider and you think, ‘Wow, OK, there’s so much still hanging in here, we’ve got to do something.’”

Data scientists working for the South African Environmental Observation Network (SAEON) monitor six different habitat types across South Africa. Along with colleagues in the U.S., they have developed a new app specifically to deal with the renosterveld. It uses satellite data freely available from NASA and the European Space Agency.

The Global Overberg Renosterveld Watch app takes inspiration from other technological innovations conceived to fight habitat destruction, such as the Forest Watcher app developed by Global Forest Watch, an online platform that offers real-time data on forest loss around the planet.

“The inspiration was about taking this technology that’s being applied in forests and adapting it so that it can be used in ecosystems that are really valuable in South Africa, that we’re losing at a rapid rate,” Glenn Moncrieff, a data scientist with SAEON, told Mongabay.

In a paper published in February in the journal Remote Sensing, Moncrieff described how satellite data had revealed the loss of more than 478 hectares (1,180 acres) of renosterveld between 2016 and 2020: a heavy toll on this critically endangered ecosystem.

The SAEON team has trained machine-learning algorithms to recognize the illegal conversion of renosterveld to croplands, Moncrieff said.

“We use machine-learning algorithms, and we show them examples of what it looks like when natural habitat changes to agriculture. The algorithms will then learn those patterns. When you show them new satellite images, they try to see if they find those same patterns in the new images,” he said.

He described the app as a “panic button” to alert the authorities and provide them with hard evidence to carry out investigations.

Moncrieff said it takes them 10-20 days to detect changes to the renosterveld. When they do, they immediately send an email to the Western Cape government’s department of environmental affairs and development planning, with details of the affected area and satellite imagery.

“The alarm is being sounded, which is a step forward from before when things were being lost and nobody even knew about it,” he said.

Back on the front line, Curtis-Scott described the app as “absolutely phenomenal” but said without active follow-up by law enforcement agents, it could ultimately prove pointless.

“We know of many cases that the law enforcement department is well aware of, and hasn’t investigated properly in the past because they don’t have the capacity and resources,” she said.

“People know they can get away with it because no precedent-setting cases have been won.”

Rudolf van Jaarsveldt, head of communication at the Western Cape’s environmental affairs department, said the information they receive from SAEON has helped improve their desktop investigations when complaints are received.

“The future of working relationships hinges on the app being able to automatically formulate complaints, without the delay taken by human intervention, into information we can use in our enforcement processes,” he said.

“Once this is done it reduces the response time to a matter of days.”

Van Jaarsveldt noted, however, that the department’s capacity to investigate complaints was constrained by a lack of qualified staff: just four environmental management inspectors are assigned to cover the whole of the Overberg and the neighboring Cape Winelands district.

He said a task force had been set up to address renosterveld loss, comprising other state organs and the Overberg Renosterveld Conservation Trust.

The latter encourages farmers to manage and protect their renosterveld instead of seeing it as unprofitable land that should be turned over to agriculture.

Eighteen farmers have signed conservation easements to date. This means that the renosterveld on their farms — totaling more than 4,000 hectares (9,800 acres) — will be protected forever. It’s now written into their title deeds.

But Curtis-Scott, who has worked and lived in the Overberg for nearly 20 years, says there are hundreds of farmers throughout the Overberg, and her organization is tiny.

“We don’t get to every farmer,” she said. “We don’t convert every farmer, and we don’t necessarily get into the heart of every landowner.” 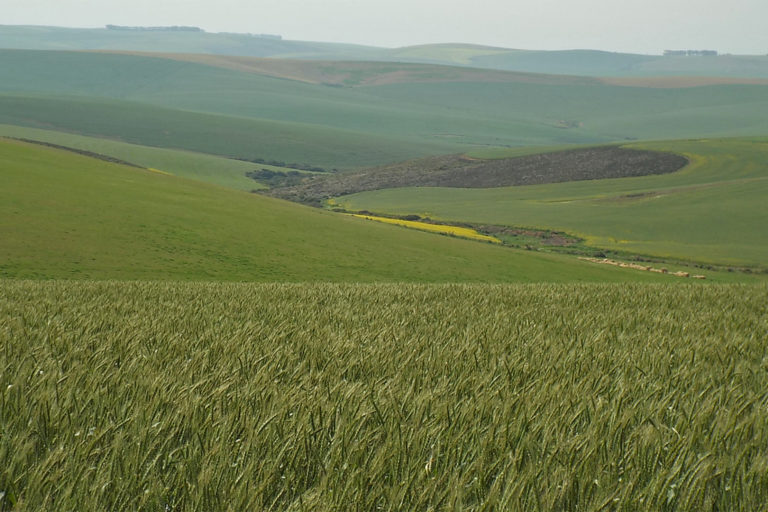 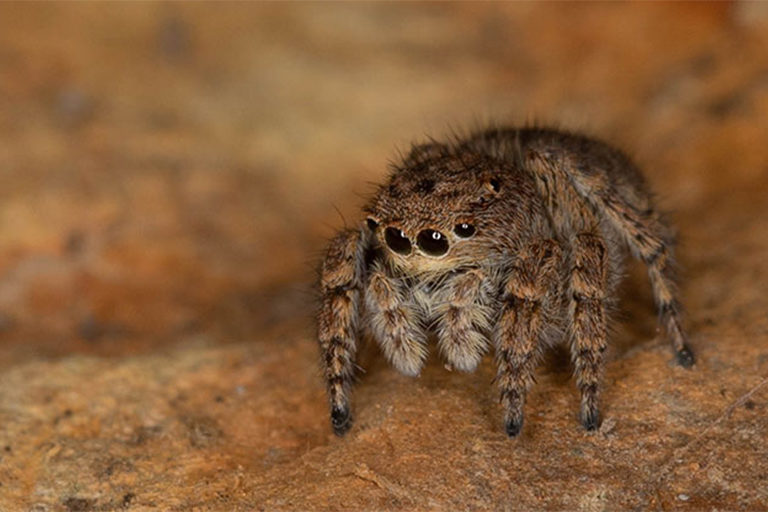 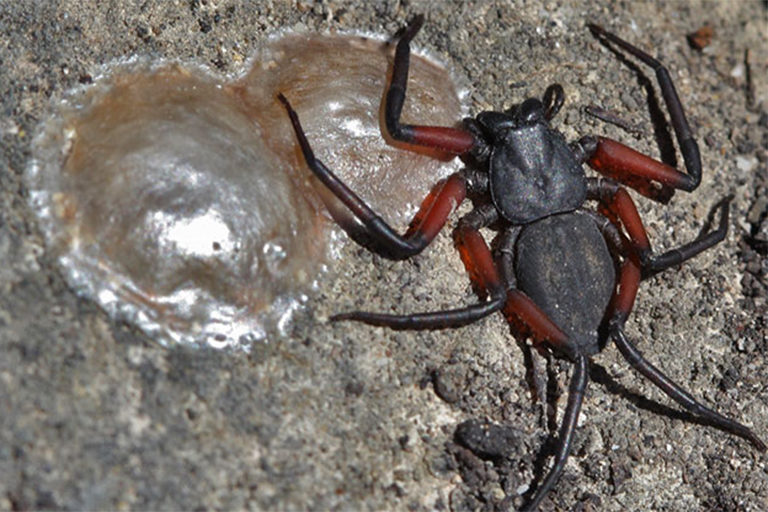 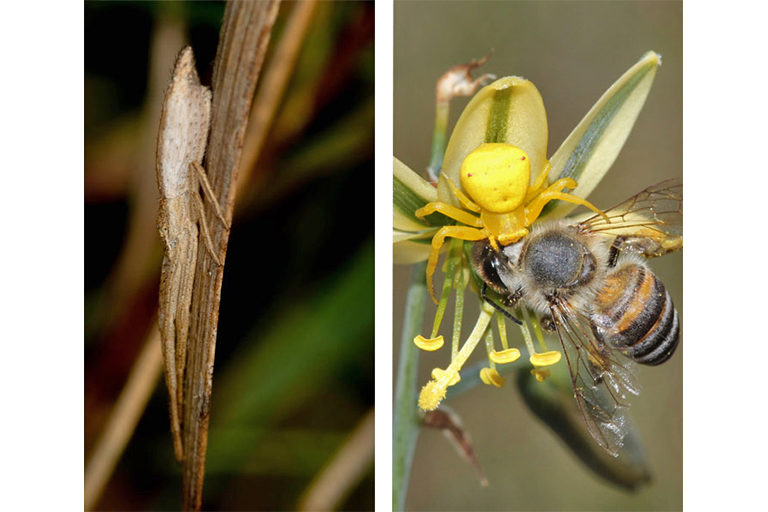 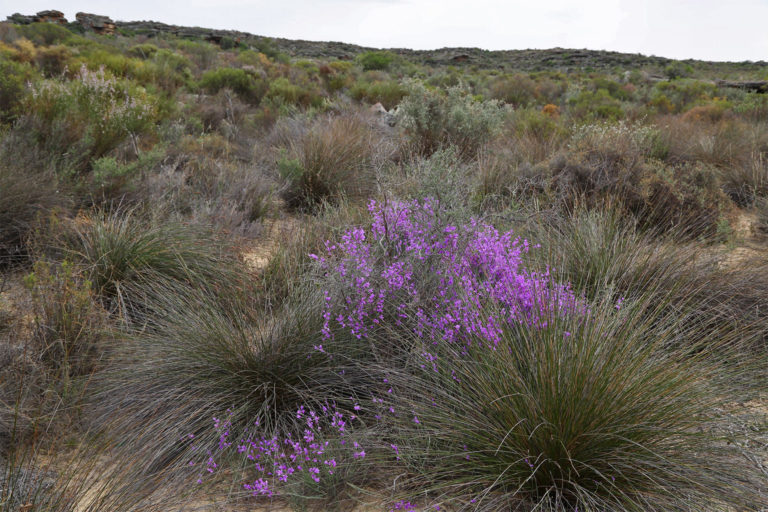 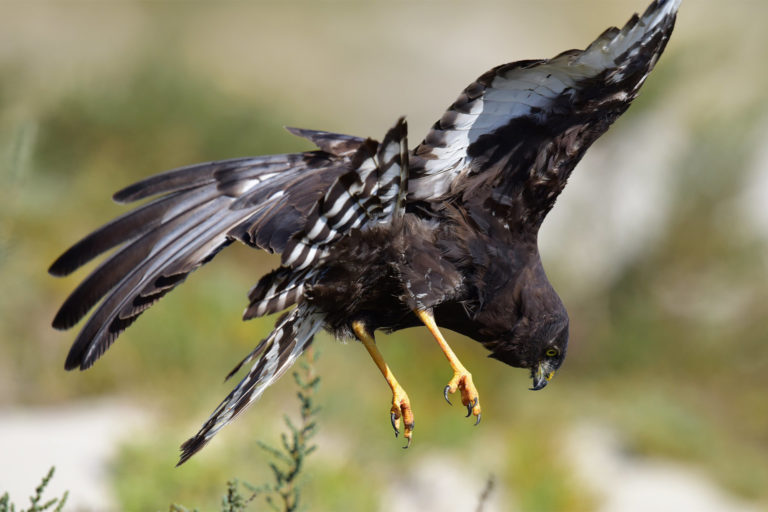 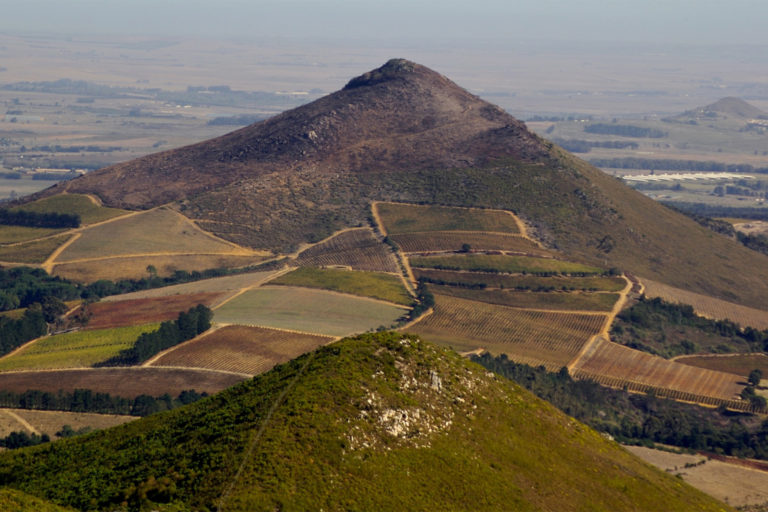