Sediment Swirls Off the Yucatán 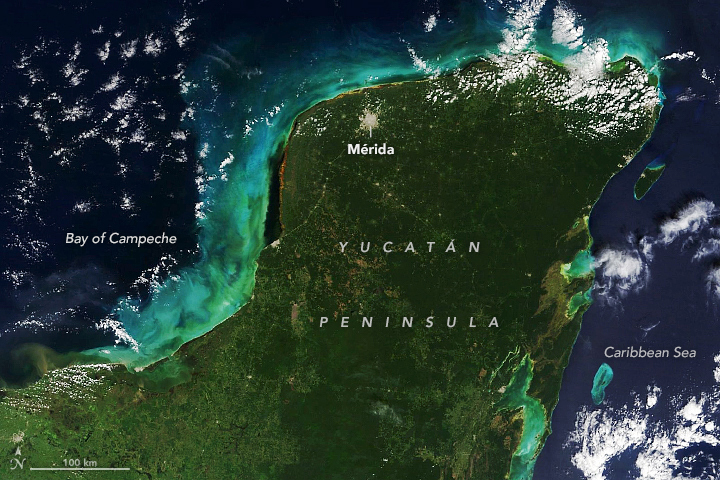 Sixty-six million years ago, an asteroid or comet about 10 miles (14 kilometers) wide smashed into Earth. It struck what is now Mexico’s Yucatán Peninsula, which was then lying at the bottom of a shallow sea. The impact was catastrophic. It triggered tsunamis, started wildfires, and ejected a cloud of ash and dust that circled the globe, blocked the Sun, and chilled the climate. The collision and its aftermath ultimately killed off 75 percent of all life on Earth, including the dinosaurs.