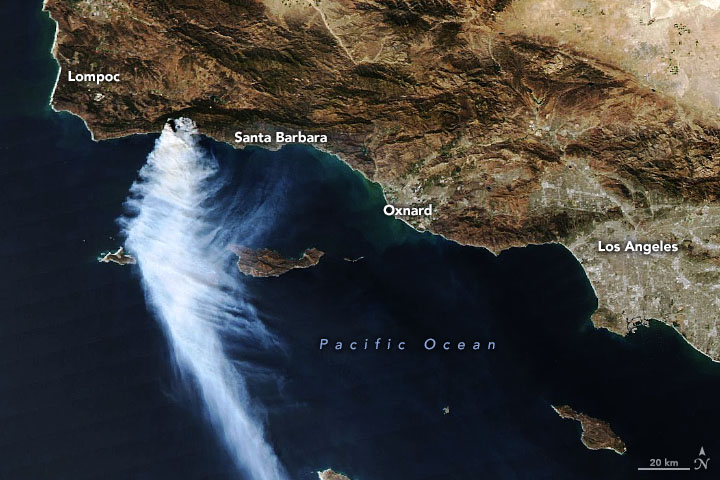 For much of summer 2021, large fires decimated forests in Northern California. By the middle of October, those fires were mostly extinguished or burned out, but red-flag warnings and fierce fires had begun to cause problems in the chaparral shrublands and grasslands of Southern California.

After igniting near the Alisal reservoir on October 11, the fast-moving blaze charred 13,400 acres (54 square kilometers) by the afternoon of October 13. At that time, the fire was 5 percent contained. With the blaze threatening at least 100 structures, authorities have issued evacuation orders and closed parts of Highway 101.